~ Watch full footage from all our events here! ~

It was an intimate gathering of people who shared their stories and experiences in a relaxed, friendly environment. They joined members of our Final Say For All team, including chairman Nicky, secretary John, organizer of the event Gerard, and myself, Sue.

Once everyone had a drink and an introduction by Gerard, John spoke about why Brexit was personal for him, citing his former army and police careers and the importance of security and protection. Nicky then told her own story of disenfranchisement as a UK national living in the EU. As one of the 5 million, she had no say in her future. Gerard then shared his personal story about his father, which struck a chord with me in particular.

Others who came along to the Beehive and chose to speak out included John, who talked about the effect of Brexit on culture and the arts. He also spoke about his fear of the rise of xenophobia, particularly since the referendum.

Next to speak was Anja, an EU citizen from Germany who has lived and worked in the UK for over twenty years. Married to a British man and with two children born here, she was fearful of what the future may hold for her and her family with regard to uncertainties surrounding her citizenship rights.

Then Mel, a nurse in the NHS, spoke passionately about how Brexit would affect not just our health services, but the UK as a whole.

The speeches ended with a humorous take on Brexit from our friend James, aka Twitter’s Lord Snoutintrough, to ensure that we left with a smile on our faces! 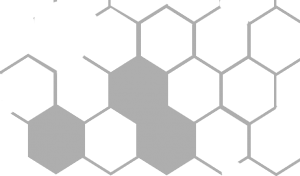 We at the Final Say For All Foundation run Beehive events, where you can meet and chat with others in a friendly setting. Come join us for a drink and, if you want, tell us why Brexit is personal for you. With your permission, we can record your story and combine it with others from our Beehives across the country. Our aim is to distribute them to MPs, journalists and other powerful figures so that the real voice of the people is heard in the corridors of power.

We are many and we will not be silenced