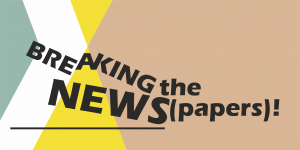 On Friday 18th June the Final Say For All Foundation sent the email below out 469 times in an attempt to have it land on the editors desk of every single newspaper in the U.K.

Fighting for the rights of the disenfranchised is a huge part of our work, as is holding the governement to account for it’s promises.

There two huge ways you can support us in this work. One is to contact both your local newspaper, and us, with the story of how you are personally affected because #BrexitIsPersonal
The second is to support our fundraising to carry on our fight both in the U.K. and on the Mainland.
The email cost us nothing except hours of time but so far we have spent £1900 travelling to meet with and lobby MEPS, organise events and attend strategy events for stopping brexit.
We attend events organised by others out of our own pocket as this is our choice.
We desperately want to carry on the work we are doing. We believe this is making a difference but we cannot continue to self fund. Please help us raise the £1000 we need to keep going.
Thank you

Dear Editor,
We, Nicola James, John Ling and Michael Moss, are the board of the Final Say For All Foundation. Our foundation is dedicated to highlighting the stories of those most affected by Brexit, but who were not permitted to vote in the EU Referendum.

Our aim is to raise awareness that Brexit is not just about big issues like GDP or foreign policy. It’s also about ordinary people living ordinary lives and those lives being disrupted, lessened or even ruined by it, and by the approach  of the UK government towards UK citizens living in the EU27, and EU27 citizens living in the UK, and migrants more generally.

The leave campaigns promised that the rights of EU27 citizens in the UK would not change, and this was reiterated by the Prime Minister after the referendum. Since then, their lives have been held in limbo, often at extraordinary cost to their welfare, as the government has, as they themselves confess, used them as bargaining chips in negotiations. None of these people had a say in what is now happening to them.

UK citizens in the EU27, most of whom are not retired and live ordinary working lives, have been treated no better by the Government. Despite the EU27 vowing to reciprocate all guarantees the Government was willing to make to EU citizens, the Government refused to make such guarantees. As such, over one million UK citizens exercising their legal rights have been left with no certainty about whether they will be able to continue the lives they have built. Most of these UK citizens had no vote in the referendum

While agreements on some aspects of both sets of citizens’ status have been made in principle, there are still outstanding issues. What’s more, the Government has refused to request that issues of citizens’ rights are ring-fenced in negotiations, so continuing rights are entirely dependent on other issues such as the Northern Ireland border being agreed.

We believe that people, whichever way they voted in the referendum, did not intend that this level of harm and uncertainty be imposed on their friends, neighbours, doctors, nurses, teachers, and fellow citizens. If they were aware of it, I am convinced that they would not want it.

We have therefore collated stories from every region of the UK to show the concerns and anxieties the UK governments position is causing to everyday people disenfranchised by that very government. The pain they are causing, not only to those citizens but those effected in a secondary way. The pain caused to the families of disenfranchised UK citizens resident in the EU 27 whose families do live in your region and read your papers.

We would be very grateful if you could have look at the attached personal stories and help us to highlight this wider story of the unintended individual harm caused by Brexit and the Government’s approach to it. We have no doubt that there are many more such stories to be found in your area.

Please stand up for those who have no voice, and hold the government to account for its ill-treatment of ordinary people. We, and our members, are of course available to speak to you as well.